Source:  Wikipedia
What:  Disabled Subway Station Platform at Hoyt-Schermerhorn Street. It opened as part of the Fulton Street Line in 1936. This station was featured in the 1988 Paul Hogan adventure comedy "Crocodile Dundee II". The station's mezzanine was the main setting for the filming of Michael Jackson's music video for his hit 1987 single, "Bad". 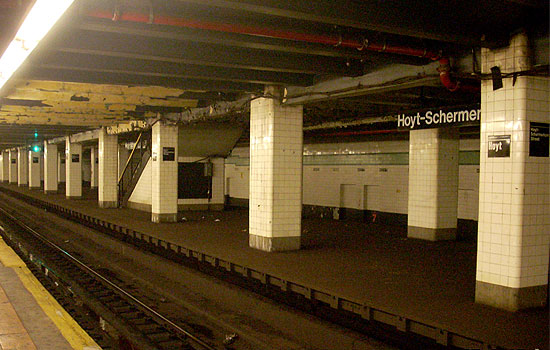