Where:  Ex-Yugoslavia
Source:  Crack Two
What:  20 Sculptures. All these structures were commissioned by former Yugoslavian president Josip Broz Tito in the 60s and 70s to commemorate places where WWII battles took place, like: Tjentiste, Kozara and Kadinjaca, or where concentration camps stood, like: Jasenovac and Nis. They were designed by some of the most famous sculptors of the Balkans, like: Dusan Dzamonja, Vojin Bakic, Miodrag Zivkovic, Jordan and Iskra Grabul, or architects like: Bogdan Bogdanovic, Gradimir Medakovic, etc... These sculptures were erected, with this powerful visual impact to demonstrate the strength and the power of the Socialist Republic. In the 80s, these monuments attracted millions of visitors per year, especially young pioneers for their "patriotic education." After the Republic dissolved in early 90s, they were completely abandoned, and their symbolic meanings were forever lost. This can let anyone astonished. 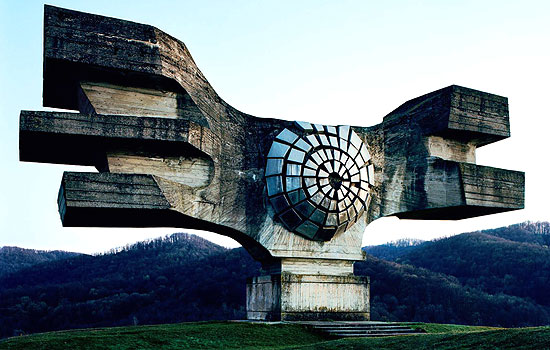 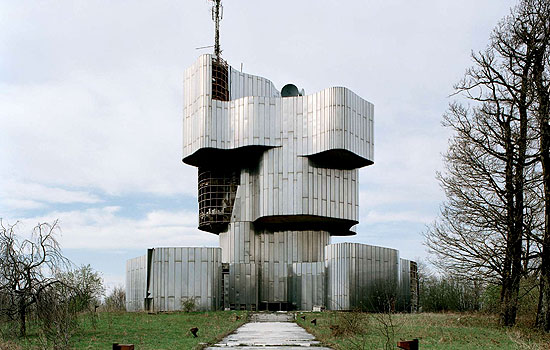 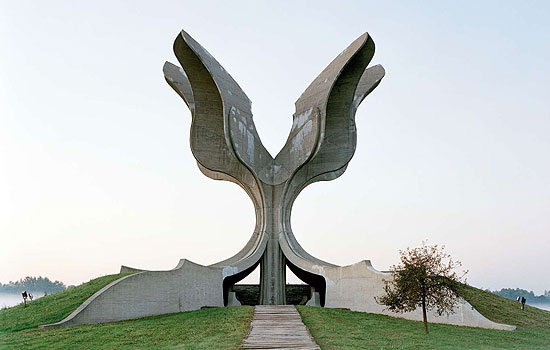 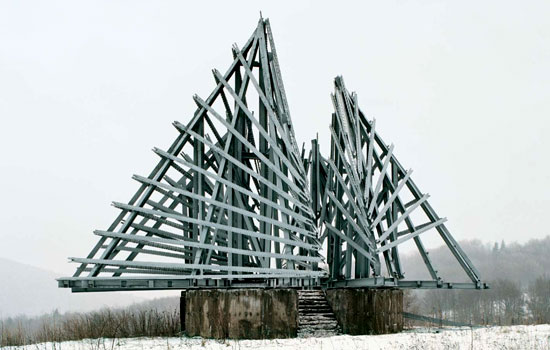 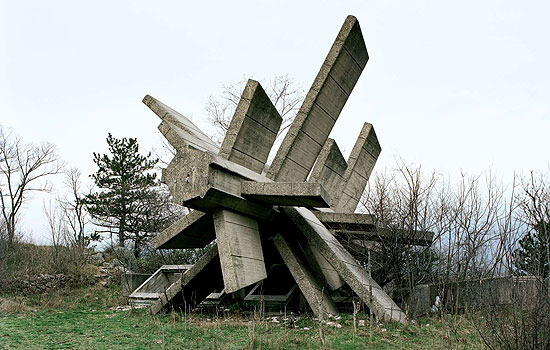 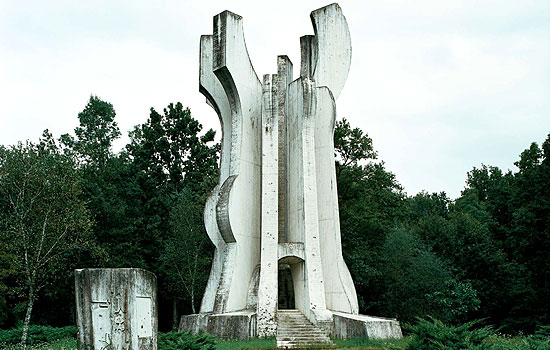 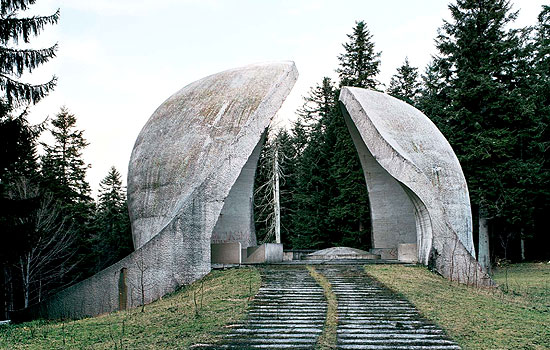 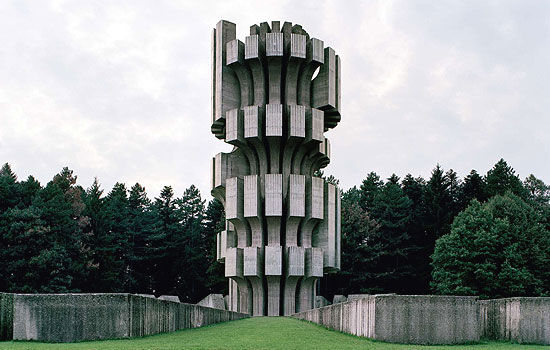 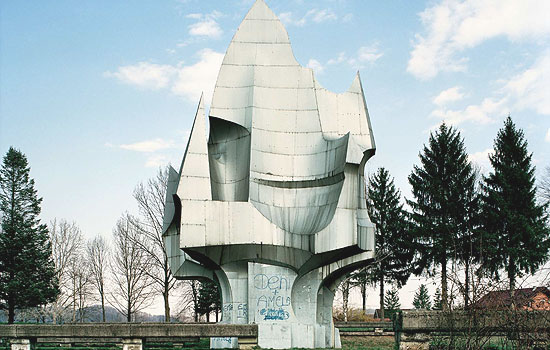 Sanski Most, Bosnia and Herzegovina 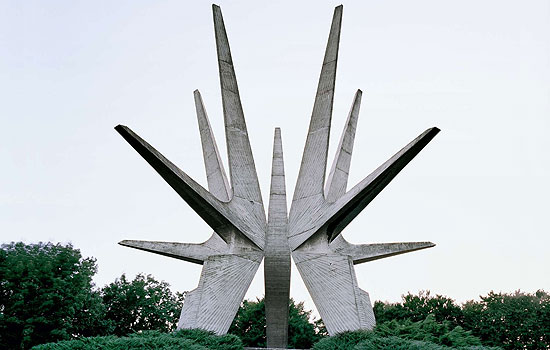 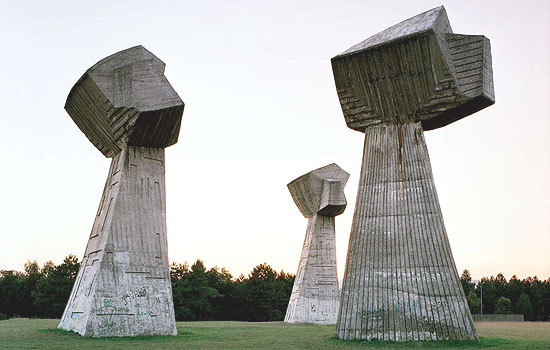 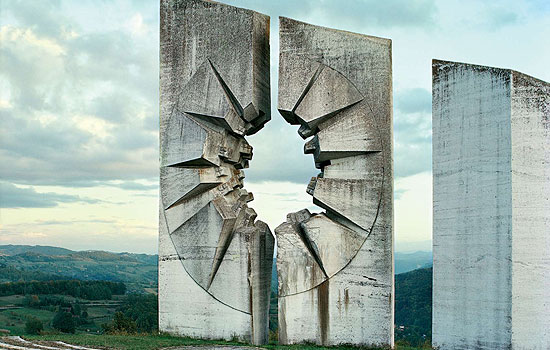 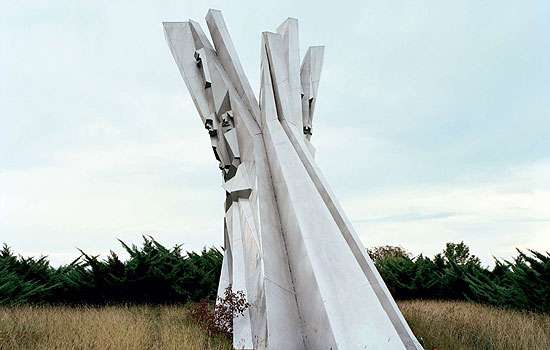 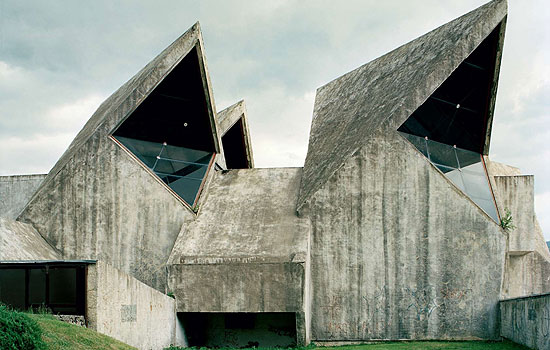 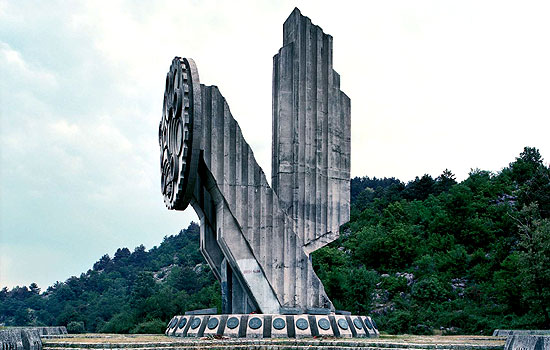 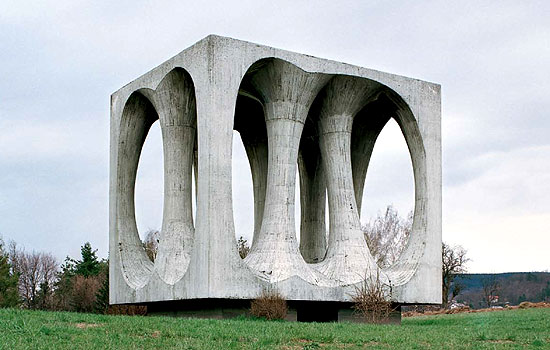 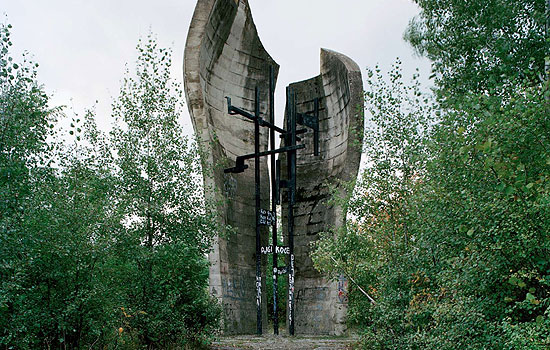 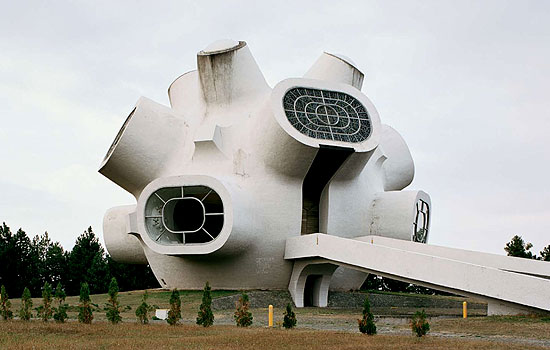 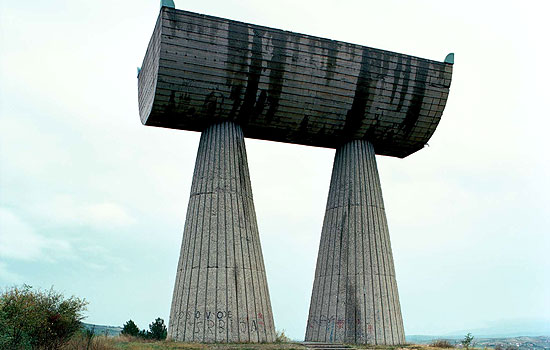