Where:  Portugal - Costa da Caparica
Source:  Urban exploration in the world
What:  In a tragic day of 1993, two children playing in a water park called “Aquaparque do Restelo” are sucked into the pipes system and die. In the sequence of the case authorities unleashed an inspection campaign focused in dozens of similar spaces all around the country. By then water parks were on a boom in Portugal. Most of them were victims of the Aquaparque incident. Ondaparque, located in the north bank of Tagus river, about 20 km far from Lisbon was one of the water parks who couldn’t face the crisis. The abandoned structures are still there and as far as I know there is no solution on sight. Apparently the area will be as it is for the forthcoming years. 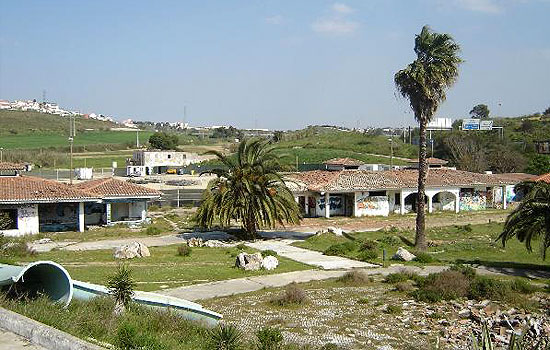 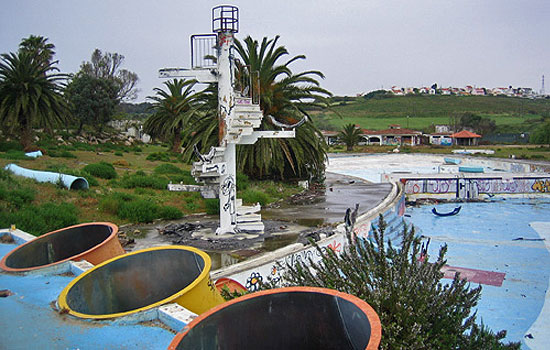 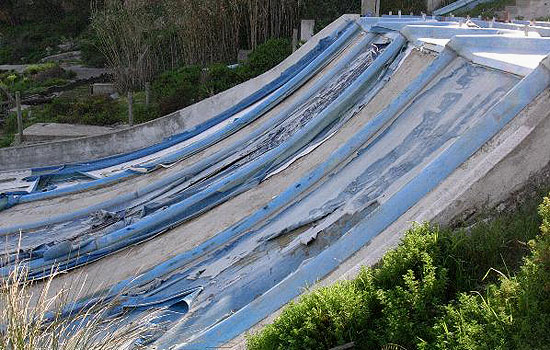 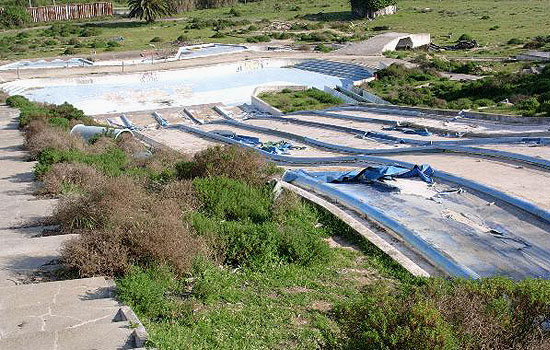 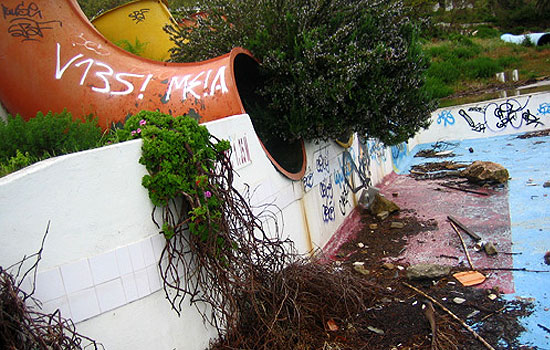 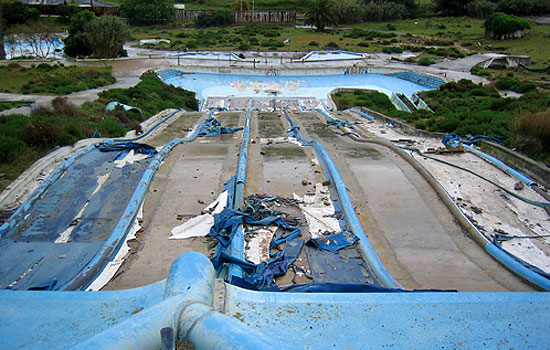 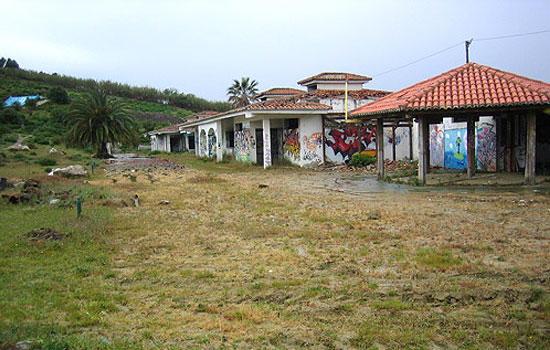 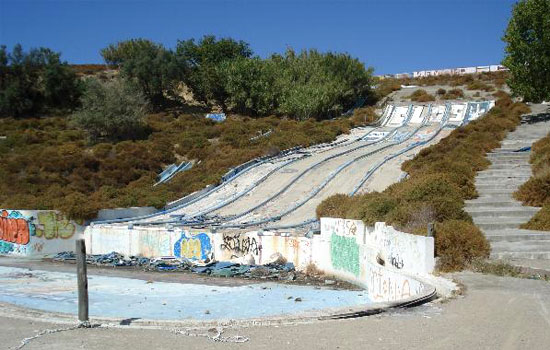 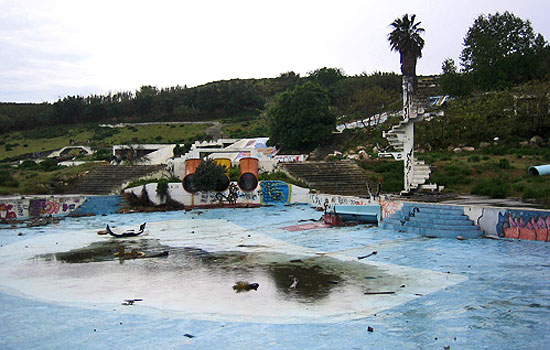